BMW has unveiled the updates to the 2023 BMW Z4, which gets some small tweaks, additional color options and some more standard features. If you were hoping that the 2023 Z4 would be offered with a manual transmission, like its fraternal twin, the 2023 Toyota Supra, then you’ll be disappointed.

Although the Z4 and Supra share the same six-cylinder engine, only the Supra is available with a manual. That means that just like before, the Z4 is only available with an eight-speed automatic transmission. The Z4 can be equipped with either a 255 horsepower 2.0-liter turbo four-cylinder or a 382 hp 3.0-liter turbo inline-six.

On the outside the Z4 looks a bit more aggressive, since it now comes standard with the M Sport Package, which gives it a bolder front fascia. There are new optional 19-inch wheels and the list of colors now includes: Thundernight metallic, Portimao Blue metallic, and Skyscraper Grey metallic. 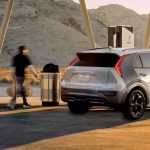 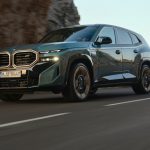