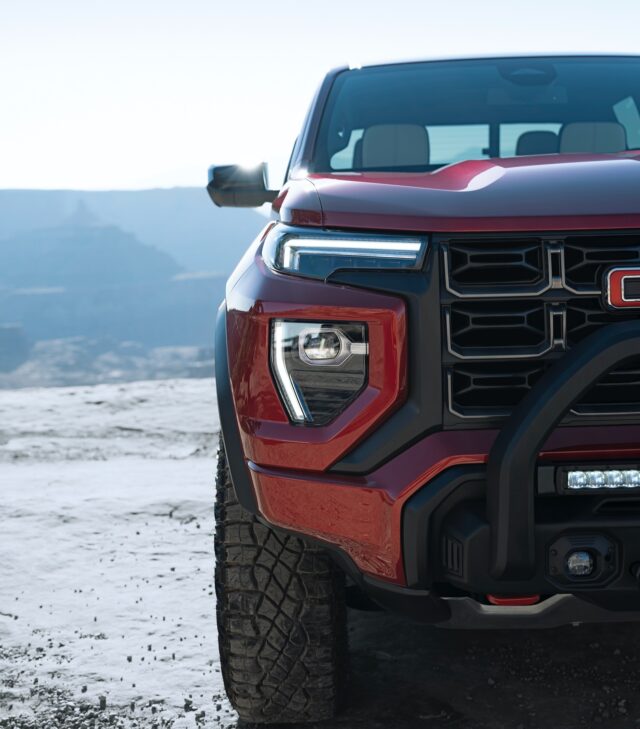 Last week Chevy unveiled the 2023 Colorado and now it’s almost time to see its cousin, the GMC Canyon. GMC has announced that it will reveal the 2023 Canyon on August 11.

To get us ready for its debut, GMC has released a teaser of the Canyon AT4X with Edition 1 package. We don’t have any specs yet, but GMC says that the new Canyon has a higher and wider stance and a higher ride height.

We’ll have all the details next week.