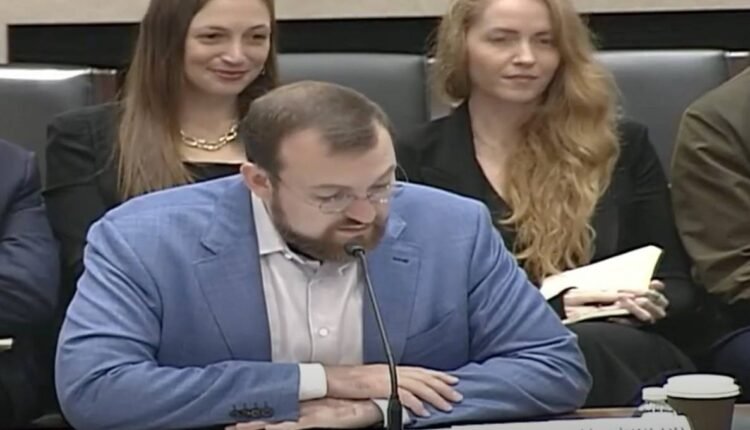 The founder of Cardano blockchain shared his opinion on the potential ability of blockchain technology against centralized government systems.

Charles Hoskinson is the founder of the leading crypto blockchain project Cardano. Cardano blockchain was launched to bring crypto network as a leading option to use in the payment systems at the commercial level. At present, Cardano is standing at 8th rank, in terms of the global trade volume of its native coin ADA.

Recently Hoskinson appeared in an interview with Yahoo Finance. During the interview, Hoskinson said that Blockchain technology has the potential to transform the future of government services across the world. And also he believes that Blockchain-based services will be interoperable and this is his own aim also with Cardano blockchain.

“In a global society, you don’t want one actor to have complete control over critical things and resources. The point of cryptocurrencies and blockchain technology is to take those resources that should be a public good, and if they’re digitizable, get them into a situation where they’re completely open, and then build businesses on top of that.”

Statements by Hoskinson are showing that Blockchain technology may play a role against the centralized system, where every person will be able to access the services and backend operations will be permissionless.

In response to a question about his point of view on future global structure by the interview host, Cardano founder said that if blockchain-based services take place with government services then still the power of the nation-state will not be over but there will be huge transparency.

Hoskinson gave an example of the tax system on blockchain technology and noted that it will be highly beneficial because everyone will be able to look into the backend operations, like transactions of money from where it came & where it goes.

Read also: Ukraine getting crypto donations despite the bear market

Circle Holding $55.7B Reserves Against $55.5B In Circulation USDC