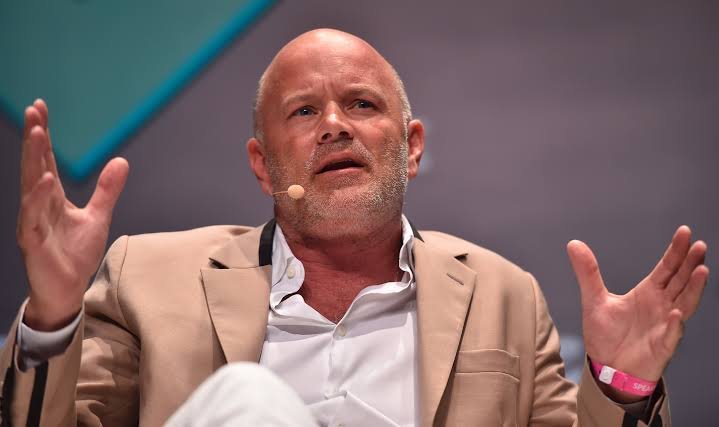 The chief executive officer of Galaxy Digital shared his opinion on the future price of Bitcoin and confirmed that Bitcoin is better than gold.

Mike Novogratz is the chief executive officer of Galaxy Digital. In 2017, Mike was holding 20% of his net worth in cryptocurrencies like Ethereum & Bitcoin. Galaxy Digital company also focuses on investing in the best cryptocurrencies. In 2022, Mike also supported the Terra (Luna) project, which collapsed in May of this year under extreme volatility.

On 19 July, eMoney Financial reported that, Speaking at the Bloomberg Crypto Summit, Galaxy Digital CEO said that there is no doubt that Bitcoin will touch a $500k price in the next 5 years because bitcoin is unique because of its better use case features.

Mike explained that Bitcoin is much better than gold because as a store of value we can transfer easily unlike Gold.

“(Bitcoin) tailor-made to being an anti-inflation store of value,” as well as being “easily transferable and so it’s better than gold in so many ways.” the billionaire said.

Bloomberg’s Misyrlena Egkolfopoulou and Sonali Basak also reported that Mike said that the current situation in the crypto market happened because of the “full-fledged credit crisis”.

“What I don’t think people expected was the magnitude of losses that would show up in professional institutions’ balance sheets and that caused the daisy chain of events. (…) It turned into a full-fledged credit crisis with complete liquidation and huge damage to confidence in the space.” Mike said.

On 20 May, Galaxy Digital CEO responded officially through an open letter to the community to share his point of view on the collapse of the Terra ecosystem.

Mike said that “My tattoo will be a constant reminder that venture investing requires humility.” Billionaire admitted that the collapse of the Terra ecosystem resulted in huge panic for other crypto sectors like Defi but here it doesn’t mean that the crypto industry is going downside.

Coinbase Secures A License From The Italian Anti-Money Laundering Watchdog