Hoskinson explained why all the Venture capitalists (VCs) ignored the Cardano project.

Charles Hoskinson is the founder of the Cardano project and he is also one of the founders of the Ethereum project. In 2014, Hoskinson left Ethereum and started to work on his project Cardano. Initially, Cardano was launched by Hoskinson as a rival of Ethereum but this crypto project is different from Ethereum because the majority of the development works in the Cardano project are focused to make it useful for commercial use cases, unlike Ethereum which is a non-profit public blockchain network.

On 27 September, Charles Hoskinson appeared in an interview with  Ryan Selkis’ Messari, which is a research platform.

The interview started with a discussion of the unique approach of the Cardano project, which makes it different from other crypto projects. Later the whole discussion shifted to the matter of “why VCs hate Cardano”.

Hoskinson explained that the Cardano ecosystem doesn’t have a ponzinomics system for VCs. According to Cardano’s founder, VCs remain ready to make a profit in the short term via early-stage investment.

“The problem is we didn’t have any ponzinomics for them.”

Further, Hoskinson explained his point and said that there are many crypto assets in the crypto industry, which were launched at high value but suddenly dumped because of the high sell pressure by the early Investors (VCs).

In particular, Cardano’s founder took the example of EOS, which failed to go up during crypto bull run in 2021, even though it was one of the biggest projects of the crypto industry in terms of ICOs fund raise.

Hoskinson confirmed that Cardano’s ADA token was uniformly distributed in the crypto industry, which is not the same case for most of the big crypto projects, so there is no such risk associated with the ADA coin.

Cardano founder believes that there are still some better chances for VCs to get into the Cardano project because Cardano smart contract blockchain ecosystem starts gaining multiple billion dollar valuations and it can connect them in the upcoming 2 years. 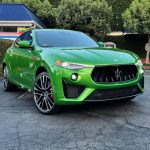 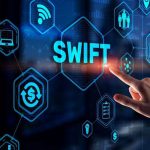