The latest order by the US district court for SEC is indirectly showing that Ripple scores another win in the XRP lawsuit case.

Ripple is a San Francisco-headquartered Fintech company that provides global payment services for small & big businesses. Indeed Ripple uses its centralized blockchain technology, XRP ledger. XRP is the native token of the XRP ledger and Ripple uses XRP global trade liquidity to provide cross-border payment services. Since December 2020, Ripple is under huge legal hurdles because of a lawsuit initiated by the US Securities regulatory body.

On 29 September, District Court Judge Analisa Torres ordered the release of the documents which were written by William Hinman, who is a former SEC Corporation Finance Division Director.

The mentioned document includes the statement of Hinman where he talked about the nature of Bitcoin & Ethereum and said that these are not under the Securities asset class. A similar kind of statement was also passed by Hinman at the Yahoo Finance All Markets Summit in June 2018.

Ripple may score a win with “Hinman speech documents”

The documents, which include the statement of Hinman, may play a very important role in the XRP lawsuit because Ripple attorneys are planning to use the past statements of Hinman to prove that the XRP token is not a security.

In the past, the US Securities and Exchange Commission (SEC) was forced by the Ripple company in the court to hand over the official document in which Hinman wrote about his opinion on the nature of Bitcoin & Ethereum but every time the SEC agency refused to produce the mentioned documents.

The current price of the XRP token is $0.49 and this price is 11% higher over the last 24 hours’ global trade value.

Read also: Japan will prohibit Crypto use in money laundering with new laws 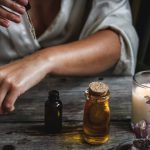 Common Skin Problems and How CBD can help 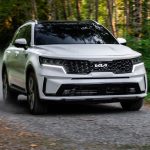