The head of the Russian finance committee talked about the increasing pressure on the adoption of cryptocurrencies & CBDC because of the increasing sanctions on the nation by Western countries.

Crypto trading is fully legal in the Russian Federation, as per a crypto bill introduced by the Russian government in January 2021. But still, Russia’s central bank, the Bank of Russia, proposed a ban framework on the crypto sector in late 2021, and also some government agencies supported this initiative of the Central Bank. Later the whole situation changed when Western countries imposed financial sanctions on Russia because of the Russian vs Ukraine conflict.

On 26 September, Reuters reported that Russian government agencies, which include a financial committee, are working to reduce the dominance of the United States in the international financial system.

Reportedly Anatoly Aksakov, head of the finance committee in Russia’s lower house of parliament, noted that pressure on the adoption of cryptocurrencies & Central Bank Digital Currency (CBDCs) increasing because of the increasing financial & trade sanctions by the Western countries on the country.

“The topic of digital financial assets, the digital roble and cryptocurrencies are currently intensifying in society, as Western countries are imposing sanctions and creating problems for bank transfers, including in international settlements.”

By considering these issues, Russia may launch CBDC or crypto assets backed payment system and probably it will degrade the dominance of the US dollar in the global financial economy because people will shift toward the new option.

“If we launch this, then other countries will begin to actively use it going forward, and America’s control over the global financial system will effectively end.”

Initially the work on Russian CBDC, or say Digital Ruble, was started around a couple of years ago and recent few reports claimed that the test of Russian ruble has been started but now the situation has changed and here Russia may soon introduce its digital Ruble as an international payment settlement tool, atleast it will be supported with China’ digital Yuan. 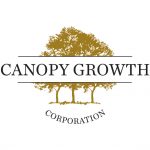 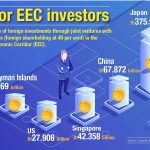