El Salvador is the first country in the world, which adopted Bitcoin as an official currency in September 2021 under the leadership of its president Nayib Bukele. Mr. Bukele faced huge criticism from local media & rival politicians and also from global agencies like Fitch, IMF, etc.

On 24 Jan 2023, Nayib Bukele took to Twitter to talk against all those people who were predicting that El Salvador will become a loan defaulter & face a very big financial crisis because of Bitcoin adoption as a legal tender.

The El Salvador president noted that the country successfully paid 800 million euro bond repayment that matured this month. Bukele asked why the media are now silent and why they are not talking about the achievement that the country is grabbing continuously.

Alongside this tweet, Bukele also tweeted to criticise international financial rating agency Fitch to downgrade the rating of El Salvador as El Salvador purchased a Bitcoin cake for a Bitcoin supporter.

The introduction of Bitcoin in the country as an official currency was not easy for Nayib Bukele because at that time many people were spreading fake news about Bitcoin among low educated people.

Some violent activities also took placed in the country in Sep to October of 2021, over El Salvador’s Bitcoin law introduction, in which some bad actors destroyed a few Bitcoin Kiosks to show their anger.

So far to date, the country holds 2,516 Bitcoin. Since last month, El Salvador has been buying 1 Bitcoin per day. 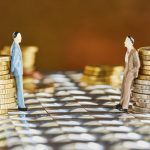 Brazil And Argentina Work On A Common Currency, Maybe Ethereum Or Bitcoin Or Something Else