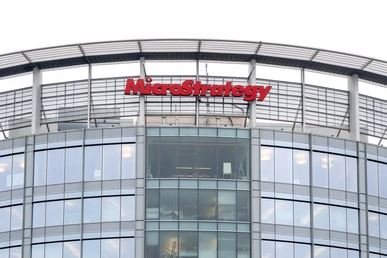 Nasdaq-listed business intelligence software company Microstrategy took advantage of this latest crash in the Bitcoin market and added $6 million worth of Bitcoins on its balance sheet.

Microstrategy is a software business intelligence firm, which is publicly listed on the Nasdaq exchange. Under the leadership of Michael Saylor, who is the founder & former CEO of this software firm, the company is buying Bitcoin continuously to add on its balance sheet and planning not to sell in the future.

On 20 September, Michael Saylor took to Twitter to inform his followers that the company purchased 301 more Bitcoins at an average cost of $6 million.
So now this company is currently holding a total of 130,000 Bitcoins on its balance sheet and the company’s Bitcoin holding per coin cost is $30,639.

In the near future, Microstrategy may purchase more than $500 million worth of Bitcoin because in a recent filing company claimed that it will sell its stock to two other company under a contract and then reinvest that funds in Bitcoin.
Now it will be interesting to see whether Microstrategy will buy Bitcoin at $20k in near future or will wait to see a price below $20k or more.

Saylor now focuses on the Bitcoin use plan

Around a month ago, Microstrategy founder Saylor stepped down from his CEO position of the company. At that time many people claimed that Saylor decided to leave the position of CEO because he was under significant pressure, as the price of Bitcoin dropped badly.
But later Saylor himself responded on this matter and confirmed that he did so because he wants to focus on the Bitcoin use plan for the company.

Offensive Player of the Year Predictions

The US SEC Settles Case With LBRY Token Team