The latest released details by the Ripple company showed that the XRP token is now more decentralized.

XRP is the native token of XRP Ledger. Ripple is a back-end company, which manages the XRP ledger & XRP token. In terms of 24 hours global trade volume, the XRP token ranking at 6th position in the whole crypto industry.

Just a couple of days ago, Ripple released its third-quarter markets report & confirmed that the company’s XRP holdings plunged significantly.

The released report noted that the company is now holding less than 50 billion XRP tokens, which is approximately less than half of the total supply of XRP tokens.

Ripple also talked about the questions on the centralized nature of the XRP ledger and said that transactions of XRP tokens in the XRP Ledger processes under the Federated Byzantine Consensus, which is highly secure because it allows only 1 vote power to a single XRP validator, no matter how much a single validator holding XRP tokens. The company also confirmed that the company only operates 4 out of 130 validators or XRP ledgers.

Brad Garlinghouse, CEO of Ripple, said that the latest developments, where outflow of XRP tokens from the company’s escrow wallet are taking place, are proof that XRP is a real utility token.

In Q3, the company sold $310.68 million worth of XRP tokens under its On-Demand Liquidity (ODL) service, which is a part of the company’s global service expansion. 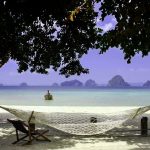 Thailand has welcomed over 7 million foreign tourists since January 1st

Huobi Will Reduce The Workforce Under The Leadership Of Tron Founder