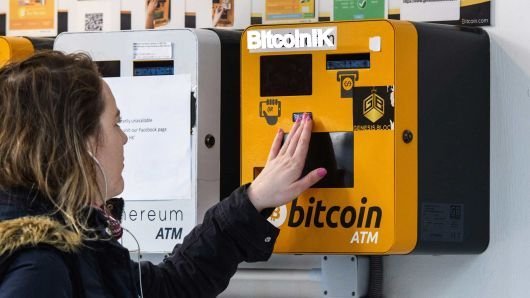 Bitcoin ATMs are playing an important role to push crypto adoption in the practical world. Initially, the world’s first Bitcoin ATM was installed in Canada near a coffee shop on 23 October 2013 and now the number of Bitcoin ATMs is near 39,000 in the world which is itself a very big number for the crypto space because the crypto sector is still under unclear regulatory policies in the majority of the countries.

According to the data available at CoinATMRadar, there are a total of 38,804 which are available in use to cash out crypto assets & also allow buy of crypto assets.

At the present time, around 90% of 39K Bitcoin ATMs are active in the United States. The net growth of Bitcoin Kiosks in the last month was contributed mainly by the US. In October 2022, World grabbed a total of 205 Bitcoin ATMs, and 129 out of these ATMs were installed in the US.

As we know very well that Canada was the first to welcome Bitcoin ATMs but still the total ATMs in Canada reached only 566, after 9 years. Despite the low numbers of Bitcoin ATMs growth in Canada, it is standing at second rank with 6.6% of the total of 38,804 Bitcoin ATMs.

Recently, Bitcoinik.com reported that Spain secured third place in the crypto industry in terms of total Bitcoin ATMs holders. At this moment there are a total of 215 Bitcoin ATMs in Spain, which is 0.6% of the total number of global Bitcoin ATMs.

Reduce Your Hair fall by Yoga And Get Healthy Scalp