In 2020, the United States saw a 71% increase in domestic bombings, with the U.S. Bomb Data Center Explosives Incidents Report stating that over 12,000 bombing incidents occurred that year alone. With the steady rise in bombing threats, it is important that retailers are aware of the resources at their disposal to help protect their communities.

The Office for Bombing Prevention (OBP), part of the Cybersecurity and Infrastructure Security Agency (CISA), offers resources for retail store owners to build awareness of domestic terrorism and ways to prevent it through Operation Flashpoint. The goals of Operation Flashpoint include providing early detection of the sale of bomb-making materials by individuals engaging in suspicious behaviors and building a network of stakeholders who are willing to say something if they see something suspicious.

Through in-person outreach and CISA’s Bomb-Making Materials Awareness Program (BMAP), businesses can receive free guidance, educational videos and training resources that are common sense, simple to implement and have minimal impact on operations.

CISA and the Federal Bureau of Investigation (FBI) have been hosting awareness events across the nation since June 2021, when it hosted a pilot launch event at Revell Ace Hardware in Clinton, Mississippi. It recently held a campaign awareness event at Josephs’ Hardware in Fort Collins, Colorado. 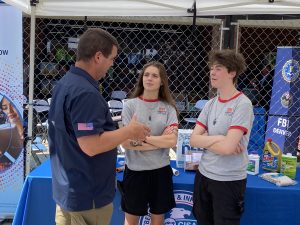 CISA and the FBI walked customers and employees of Josephs’ Hardware through Operation Flashpoint, teaching the business and the public about preventing bomb attacks.

“Ensuring the safety and security of our communities requires a team effort of individuals, businesses and government. Operation Flashpoint serves as an opportunity to come together as a community to mitigate this threat,” says CISA Region 8 regional director Shawn Graff. “I really appreciate Joseph’s Hardware and our other community partners joining us today to get the word out about preventing bomb attacks. When we work together, we build safer communities.” 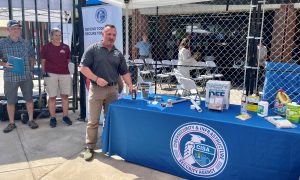 “The FBI works tirelessly to stay ahead of evolving threats facing the United States,” says FBI Denver special agent in charge Michael Schneider. “This opportunity to engage the community and local law enforcement partners is crucial in helping us identify bomb-making threats and successfully mitigate them.”

Along with in-person events like the one at Josephs’ Hardware, under BMAP, retailers have access to different courses, including Bomb-Making Materials Awareness Employee Training, which teaches participants how to recognize suspicious purchasing behaviors in a retail setting that might indicate bomb-making activity and what to do when a suspicious incident occurs.

The Retail Explosives Awareness Prevention and Reporting (REAPR) Briefing is an in-person, instructor-led training intended to educate retailers and promote the awareness and reporting of suspicious activity to prevent the misuse of common household items such as HME precursor chemicals and IED components.

The Suspicious Activity Reporting (SAR) Explosive Precursors Point of Sale Training comes from the Nationwide SAR Initiative and instructs sales personnel involved at the point of sale on behaviors and indicators that are reasonably indicative of potential terrorist or criminal bomb-making activity. It also instructs personnel on the types of suspicious activity that might be observed during their daily duties.

US SEC Will Investigate Against Yield And Staking Products Of Coinbase

Minwax Announces Aged Barrel as 2023 Color of the Year