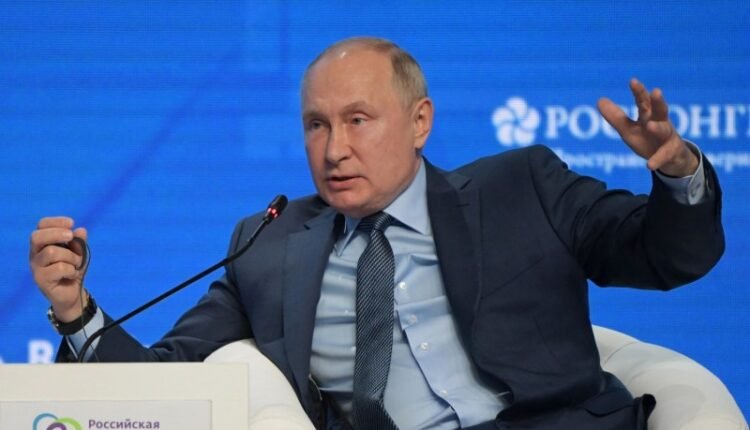 The President of Russia seems bullish on crypto adoption & looking to bring an international payment system with the use of blockchain technology.

Russia is a tech-adaptive country in the world but its stance toward crypto was not much clear over the last few years. But the Russia vs Ukraine conflict resulted in a better outcome for the crypto sector, where the majority of the Russian government agencies proposed the idea to bring Bitcoin & Ethereum-supported payment options, to bypass the international financial & trade sanctions.

Recently during an artificial intelligence conference, organised by one of the country’ biggest banks Sber, Russian President Vladimir Putin said that international payment systems are under huge pressure because of the international financial sanctions on the country.

Putin said that it is possible to create an international payment system with the use of crypto assets & blockchain technology, where countries don’t need to go via any third-party centralised bank or entity for payment settlement.

“(it was) possible to create a new system of international payments based on digital currency technologies and distributed registries, much more convenient, but at the same time completely safe for participants and independent of banks and third-party interference,” Putin said.

In the last 5-6 months, many reports claimed that Russia may adopt crypto assets supported payment methods to bypass the international financial sanctions. While few reports claimed that it will not be easy for Russia to use decentralised cryptocurrency-supported payment tools because the fund liquidity in the crypto sector is not enough to fulfil the payment needs of the whole country.

Read also: wETH FUD was part of an inside joke only

CZ Says Ignore FUD Over 127,251 BTC Transaction From Binance To An Unknown Wallet