At present, the majority of the Central Banks are either studying or developing their centralized “Digital Currency” or say CBDC, to achieve modernization in the traditional banking technology. In the race of CBDC development, China is at the top, which is currently in the initial phase of the rollout of the Digital Yuan, or e-CNY.

Recently Thomas Moser, a governing board member at the Swiss National Bank (SNB), stated that Central Banks may play an important role to push the adoption of the Defi industry via the use of Central Bank Digital Currency (CBDCs).

Thomas said that Central Banks may provide CBDC as a more stable & less risky asset, an alternative to Stablecoin, to use in the Defi sectors.

Swiss Central Bank official explained that the origin of stablecoins was only to provide ease for the Defi sectors and also happened same.

Further, Thomas said that Centralized digital Currencies can work together with Decentralized platforms (Defi Protocols) and it is not a bad thing.

The Central Bank official also emphasized looking toward the success of Centralized digital Currencies, or say stablecoins. He said that almost all top stablecoins like USDT and USDC are also centralized and there are the most popular stablecoins in the Defi sectors.

Therefore, ‘something centralized’ has already helped Defi quite a lot,” the SNB official stated.

Moreover, official explained that CBDC could be a better alternative over USDT or USDC like stablecoins because CBDC will not bear any kind of risky nature in terms of backed value.

“CBDC would entail lower risks for Defi than a redeemable stablecoin because central bank money “does not entail counterparty risk,” the official said. “A central bank cannot go bankrupt, since it issues irredeemable money.

Thomas also pointed toward the algorithmic concept-based stablecoins like failed stablecoin Terra USD and said that CBDC could provide more stability and lower risks than stablecoins. 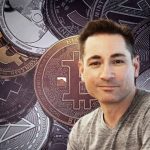 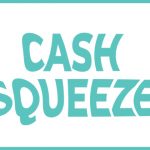