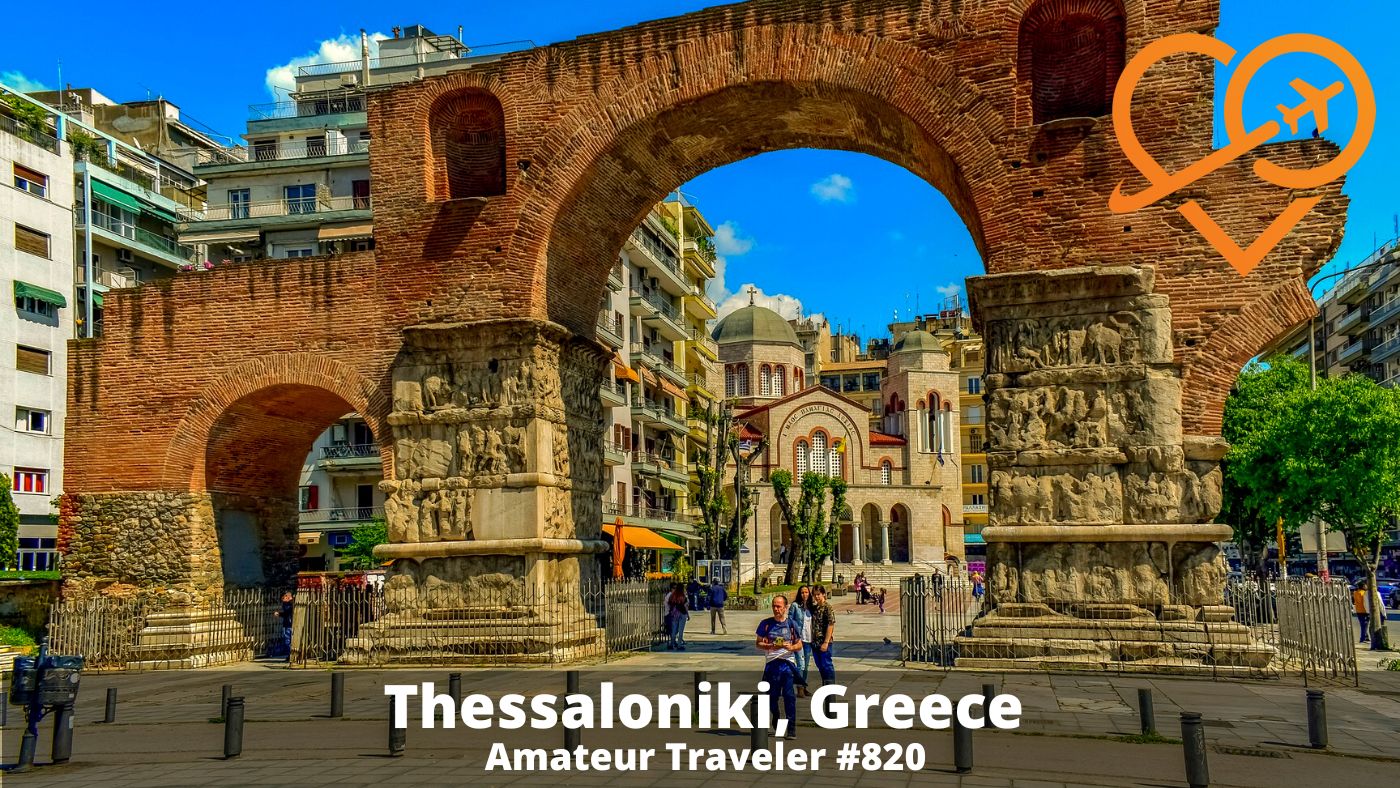 Hear about things to do in Thessaloniki, Greece, as the Amateur Traveler talks to Carol from Ambrosia Travel about the city that was for centuries the largest city in Greece and is still Greece’s second-largest city.

Carol says, “Thessaloniki is amazing. It’s fascinating. It’s a city full of history. It’s a beautiful city, great food, wonderful places to visit around Thessaloniki.  I might prefer it more than Athens because Athens is chaotic whereas Thessaloniki is much more walkable, a big city with a small-town feel.”

The city goes back to 315 BC, just 8 years after the death of Alexander the Great, and was named for his half-sister. It was a major city in Roman times and is featured in 2 of the letters of the Apostle Paul (I & II Thessalonians). From Roman times, you can see the remains of a victory arch, a hippodrome, and a forum.

The upper town is filled with Byzantine churches. The Walls of Thessaloniki, the churches, monasteries, and Byzantine baths are all part of a UNESCO World Heritage site. Carol says if you see only one area of the city, it should be the upper town. She particularly recommends the churches of Saint Nikolaos the Orphan and of Saint Demetrius, who is the city’s patron saint. Demetrius was martyred in the city in  306 AD. She also recommends the monasteries of Vlatadon and Latomou.

Some of the best views of the city are from the Trigonio (Triangle) tower.

There are some interesting museums in Thessaloniki, including the birthplace of Attaturk, the Jewish Museum, the Byzantine museum, and the archeological museum.

From the time of Ottoman rule, you can visit the Pasha’s Gardens and the Bey Hamam. You can also still see the Ottoman influence in the food of the region. There are a number of small restaurants that have menus based around either the drink Tsipouro or the drink Ouzo. Carol recommends a plate of Mousaka or Hunkar Begendi as well as a visit to the colorful city markets.

For side trips, Carol recommends Mt Olympus, which is not that far away, or a visit to one of the 3 legs of the Chalkidiki Peninsula. Here you can find busy beach resorts, quiet seaside towns, or even Historic Mt Athos, which you must be a man to visit. Visit the ruins of Roman Philippi or the wine region of Naoussa.

Thessaloniki may be the Greek City that hasn’t been on your itinerary but should be.

Image by Dimitris Vetsikas from Pixabay 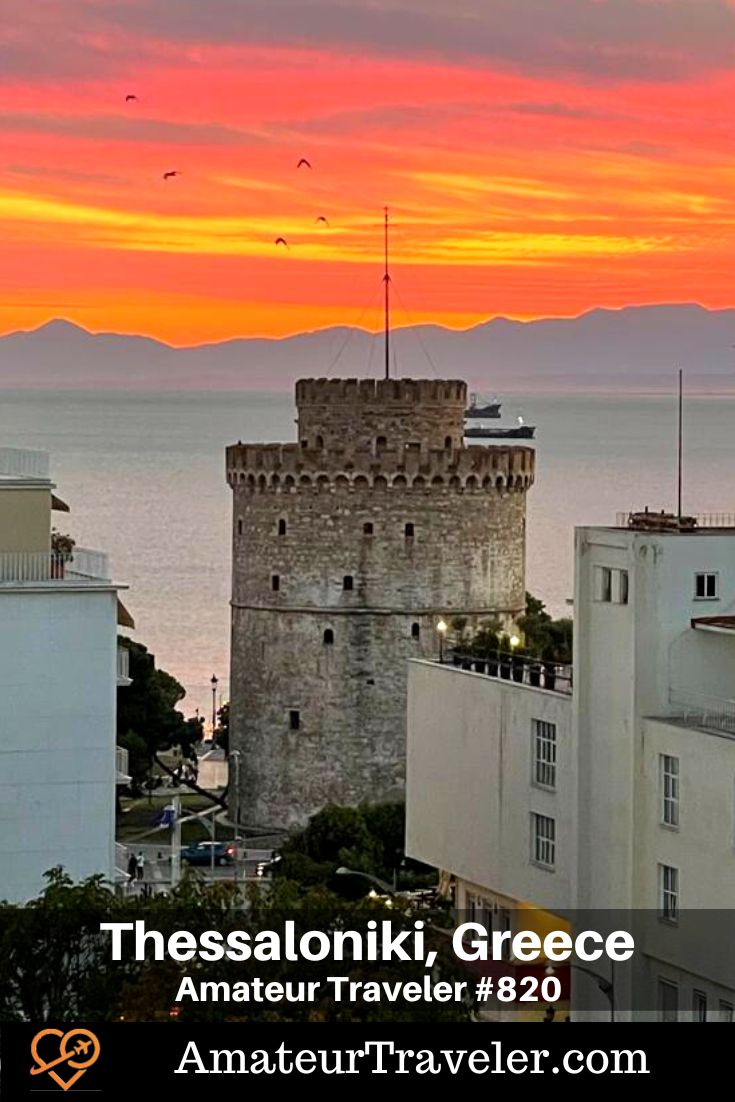 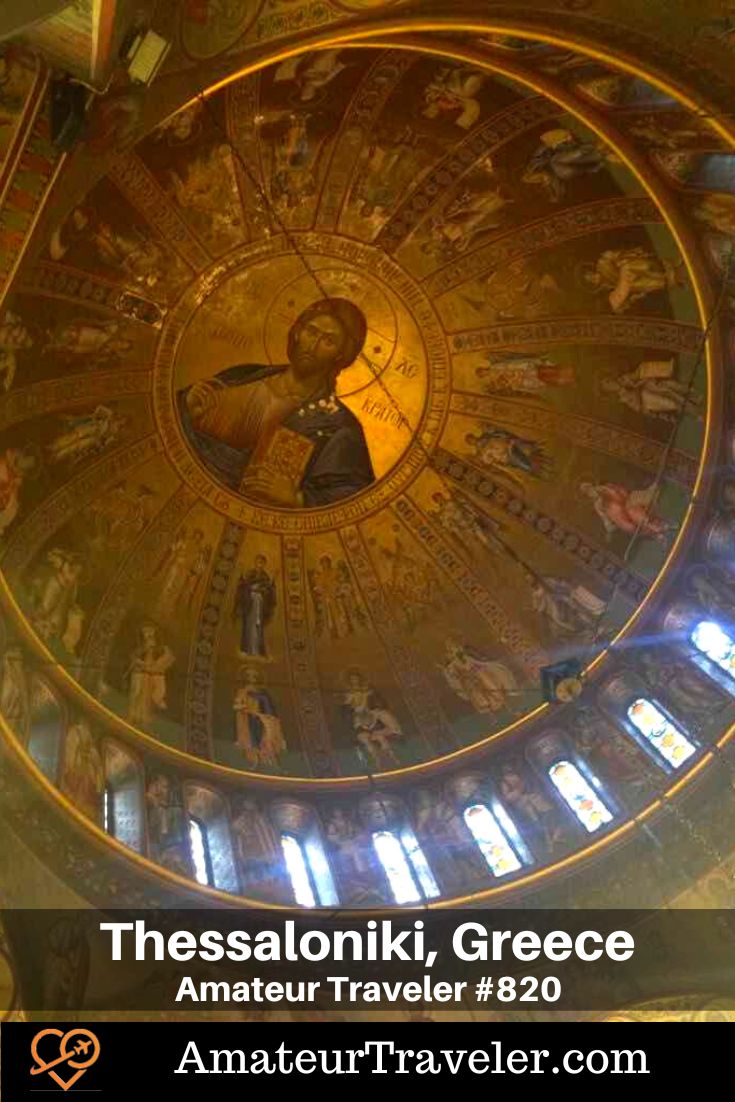 Are you wealthy enough to be a Long-Term Resident in Thailand?