When Toyota unveiled the 2023 Toyota Crown a few months ago, the Crown only debuted with hybrid powertrains. Now we have word that Toyota is working on a plug-in hybrid version.

At a recent dealer meeting in Las Vegas, Toyota President and CEO Akio Toyoda revealed the news about the PHEV version of the Crown. We don’t have any big details about the plug-in hybrid, but there’s a good chance that it will get the same plug-in hybrid powertrain as the RAV4 Prime.

We’ll have to wait and see if the Crown Prime gets a more powerful powertrain that Toyota currently offers. The base Crown is powered by a 2.5-liter four-cylinder with two electric motors at the front and a third electric motor at the rear. If you want more power the second option is the new Hybrid Max system that uses a more powerful 2.4-liter turbocharged four-cylinder engine and has a combined 340 horsepower. If the Crown Prime gets the same powertrain as the RAV4 Prime, then it will slot in between the two existing versions. 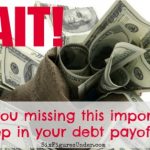 Are you missing this important step in your debt payoff? 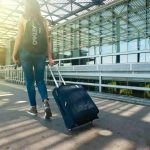 Is The Gap Year Worth It?