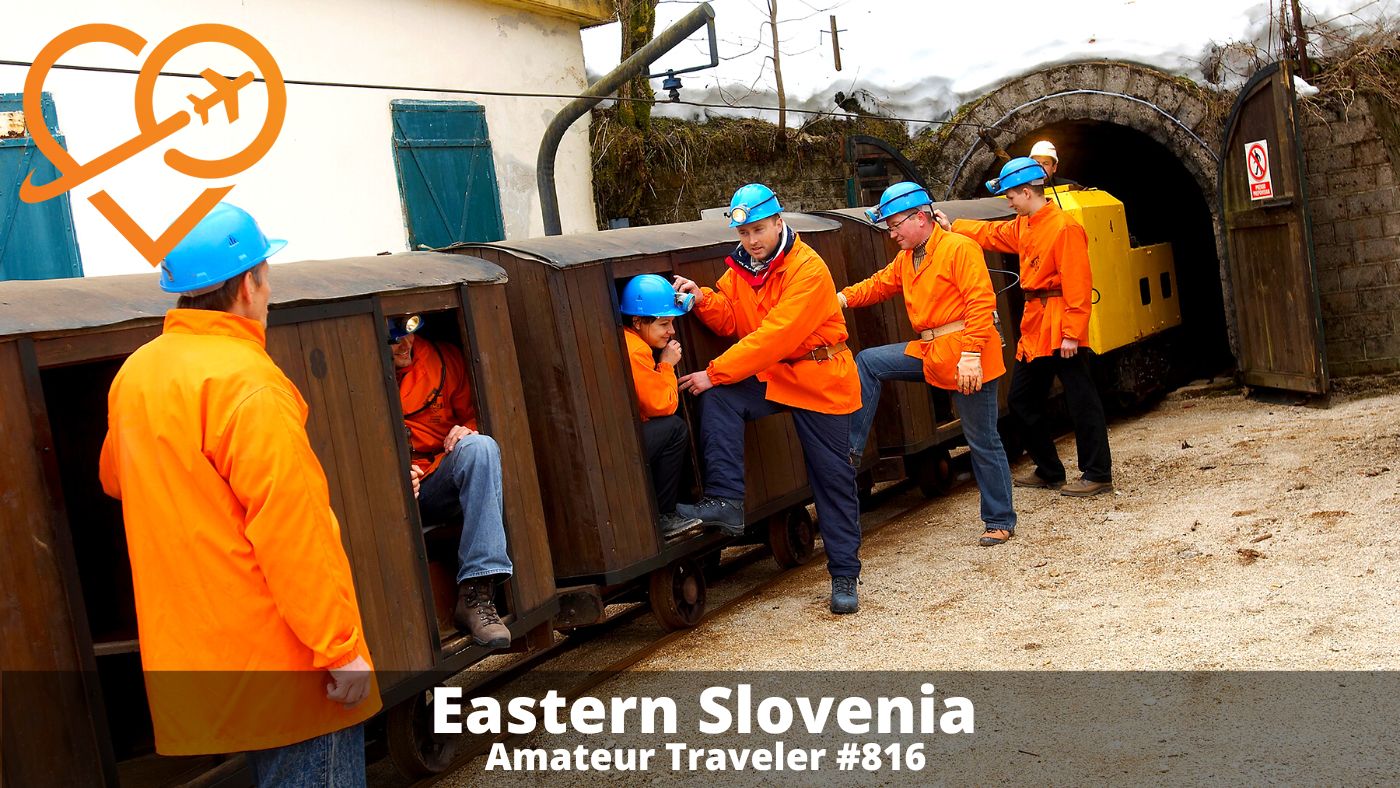 Hear about travel to Eastern Slovenia as the Amateur Traveler talks to travel writer Mark Baker from MarkBakerPrague.com about a recent press trip that he took to less visited parts of Solvenia.

Mark starts us in eastern Slovenia with the beautiful cities of Maribor and Ptuj. Maribor, Mark says, “is a student town. It’s very lively. It’s got a lot of things to do in the evening. It’s got a really beautiful just renovated central square.” Mark recommends this area as the center for Slovenian wine production. The oldest wine-producing grapevine in the world is purported to be at the Old Vine House in Maribor.

Ptuj was originally a Roman garrison town where the Roman empire would settle retired soldiers. You can find artifacts from that time, including a Mithras shrine. Ptuj has an unusual carnival celebration called Kurentovanje, where locals chase away winter wearing large furry beast costumes. The city is capped with a castle overlooking the town and the Drava River.

But the most unusual part of Mark’s itinerary involved visiting an old lead mine in Koroška. Mark first did a mountain bike ride through the mine before boarding a claustrophobic mine train and heading well down into the mine, where they kayaked the underground waterways.

There is also a nearby coal museum and an old coal mine where you can have a gourmet meal underground. Koroška is also known for its mountain biking… above ground as well.

Mark then headed west to tour beautiful Lake Bohinj in western Slovenia in Triglav National Park. The area is a center for adventure tourism. You can go rafting or hiking, but Mark also was able to go for a ride on a small Icelandic horse.

Slovenia is a beautiful country with a rich history. It has numerous well-loved sites like Like Bled, the caves of Postojna and Škocjan, and its small coastline. But, as Mark discovered, it also has less visited but equally wonderful places… some of them deep underground.

Great episode! I’ve been to London 6 times and am going back in September. I still found some new things to check out when I go.
However, one thing she said I’d like to make a suggestion: Using a debit card vs. getting an Oyster card. You have to have a contactless debit card, and you have to make sure it doesn’t charge you foreign transaction fees. My card is not contactless, and I do get hit with FTF every time I use it, so I will continue to use an Oyster card when I go.

All the best, Stephanie 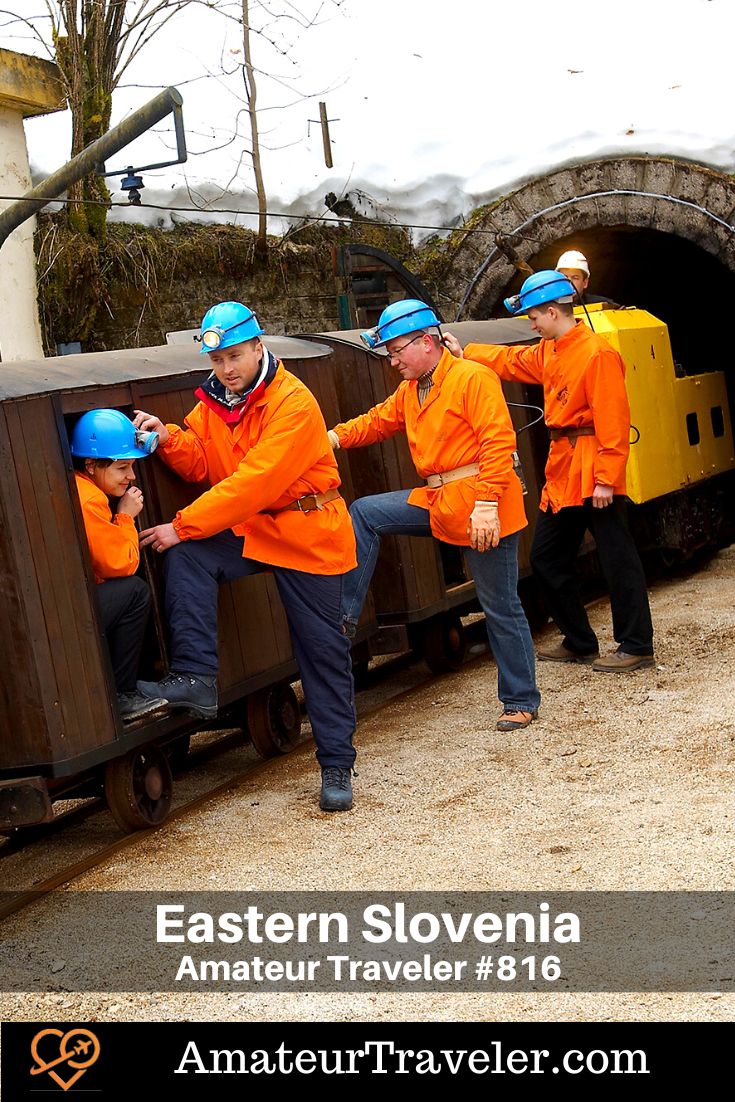 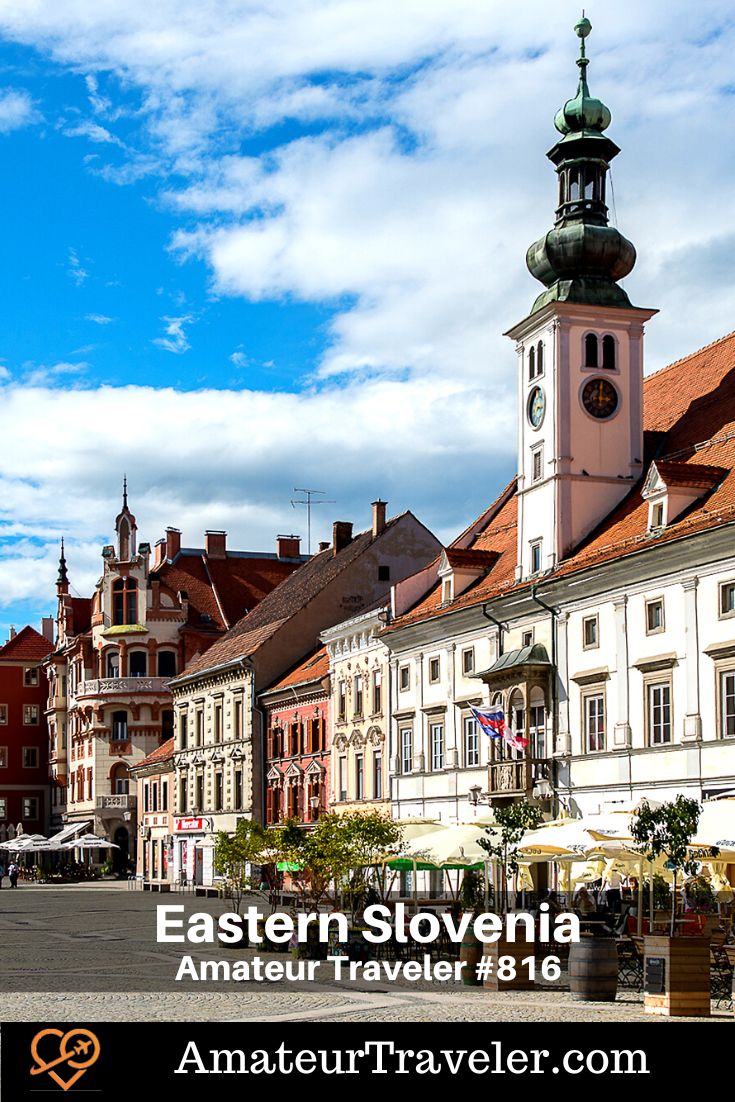 Luxury Freeports and Crime: What are the Risks?