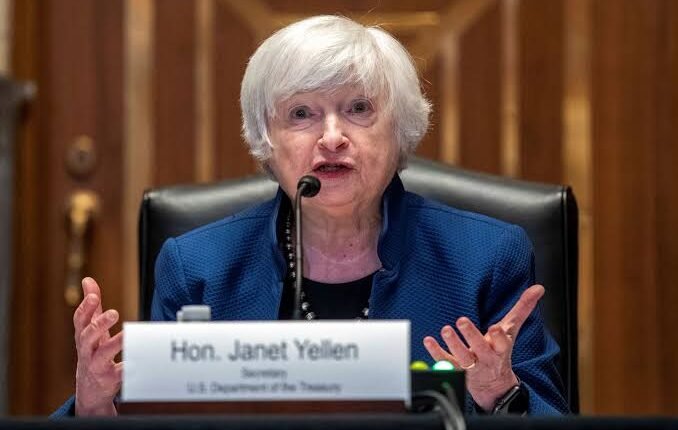 A head of the United States Treasury Secretary shared her stance on 401(k) service to include Bitcoin & Ethereum-like assets in its plan.

401(k) is a service from investment giant company Fidelity Investments. 401(k) service is currently under the use of 23,000 US-based Companies to provide better options for the employees to save their retirement funds wisely in perfect assets. In April of this year, Fidelity proposed its plan to include Bitcoin-like flagship assets under the 401(k) services to allow the companies’ employees to directly go with crypto investment without going via third-party platforms.

Recently Bloomberg reported that Janet Yellen, Secretary of the United States Treasury, is not favour of including Bitcoin under the 401(k) plan. She thinks that it will be highly risky and also it should be regulated by Congress.

Yellen passed her statement regarding this matter during an event organized by the New York Times on Thursday of this week.

“It’s not something that I would recommend to most people who are saving for their retirement. To me, it’s a very risky investment.”

Yellen also said that there should be an authority in the hands of Congress to choose the assets to push under the 401(k) plan so that better assets can be considered for the employees to invest in retirement money.

“I’m not saying I recommend it, but that to my mind would be a reasonable thing.”

401(k) investment is subject to the Employee Retirement Income Security Act of 1974. Under the 1974 Act, there is no specific restriction or provision, which identifies the asset classes to be included or not in a 401(k) but obliges fiduciaries to “show the care, skill, prudence, and diligence that a prudent person would exercise.”

However, consideration of Bitcoin under 401(k) plans faced huge criticism but on the other side, it grabbed huge support from many US lawmakers and some dominant players of the crypto industry.

On 20 May, Rep. Byron Donalds introduced his bill in support of 401(K)’ Bitcoin consideration plan in the retirement savings account and also to allow US-based Companies’ employees to choose bitcoin as a freedom-based choice.

After Huge Downfall In Bitcoin ATM Installation, Significant Recovery Can Be Seen