A new connection between the sea and railway routes to transport goods to and from Vietnam was launched in Russia on September 6. The connection marks the growing logistics and bilateral trade between the two countries, facilitating goods transfer directly from Vietnam to Western Russia and vice versa.

Vietnam Briefing explores the growing trade between both countries facilitated by the sea freight and rail routes.

For the past seven decades, Vietnam and Russia have engaged in a well-established diplomatic relationship. Both sides are trusted partners in economic, social, and political aspects, with Russia being an important export market for Vietnam.

As of January 2022, despite uncertainties due to the Russia-Ukraine conflict, bilateral trade between Vietnam and Russia still witnessed positive signs. The export value of Vietnam to Russia was worth US$391 million and the import value at US$160 million, resulting in a trade surplus of US$231 million. Vietnam’s year-on-year (y-o-y) increase in imports from Russia was 80.2 percent and export to Russia up 5.32 percent y-o-y.

Top exports of Vietnam to Russia include telephones (US$125 million), electronic devices (microphone and headphones) (US$20.9 million), coffee (US$16.3 million), textile footwear (US$14.4 million), and industrial printers (US$13.9 million), as per the Observatory.

Since the Vietnam-EAEU FTA came into force in 2016, the majority of tariffs have been brought to zero percent for Vietnamese exports to Russia.

Goods transport between the two countries can be transported using three options, depending on the merchandise:

The recent link between the Vietnam-Vladivostok sea freight route and Russia’s Vladivostok-Moskva railway route marks a new page in logistics, underlying exports, and imports between the two countries. Vietnam Briefing explores new opportunities for businesses in Vietnam when exploiting the maritime and railway routes, with the aid of a new linkage.

This container shipping line has facilitated a direct flow of goods from Russia to Vietnam and vice versa. The estimated time for a container ship to reach Vladivostok from Vietnam is 9-12 days, compared to 2021 when it could take up to 2-3 months.

The FVDL also helps to cushion the surging costs of freight; in 2021 maritime freight was up 60 percent – a 40-feet container cost US$10,000 in September 2021. The same container now costs US$200-300 less, with projections for even lower costs in coming years when the route is in more stable operation.

According to FESCO, in four months, the FVDL has successfully transported an estimated 5,000 containers as of September and is already making plans to scale up capacity.

RZD Logistics (a prominent Russian Railway logistics company) in collaboration with Vietnam’s Ratraco (a logistics and commerce company), has operated the Russia-Vietnam-Russia transport corridor since 2018.

For the past five years, goods transportation by rail to Russia has been used intensively to meet the increased orders of Vietnamese exporters and importers, especially in the field of infant foods, beverages, footwear, and clothing. Rail freight has been considered the optimal alternative to sea freight due to lower costs and shorter delivery times. However, the faster delivery time advantage of rail freight has not been entirely true anymore since the operation of the FVDL as mentioned earlier. The estimated time for a Hanoi-Moskva shipment by RZD railway can take 24 days.

As of July 2022, the number of goods transported by rail freight to Russia was already 4.5 times higher than the same period in 2021. The success of rail transport can be attributed to the lower freight, in the face of soaring sea freight since 2021. Besides, the ease of simplified procedures when placing a rail freight order has also encouraged more Vietnamese firms to favor the method.

Russia-Vietnam rail freight was further boosted as early as 2022, when Russia’s biggest railway logistics company, TransContainer, announced their rail freight operations in Vietnam as they realized the significant potential in the market.

TransContainer’s trains typically depart from Vietnam’s Hanoi, cross China, carry out transshipment at the Zabaikalsk station (on the Russia-China border), and finally arrive at Russia’s Moskva’s Elektrougli station. The shipment takes an estimated 35 days and TransContainer expects to run at least two container trains on this route each month.

FESCO and RZD Logistics on September 6 officially approved the connection between the FVDL maritime route and the Vladivostok-Moskva railway route to promote a more direct and efficient flow of goods.

The connected routes adopt a digital security system that allows businesses to actively track their shipments in real-time and carry out customs clearance at Moskva’s station. The link will help reduce delivery time while simplifying administrative procedures for Vietnamese exporters that wish to ship goods to western Russia efficiently.

As FESCO aims to send more regular containers ship on its maritime route to scale up capacity while the rail freight between the Russian cities of Vladivostok and Moskva is planned to be upgraded, trade between Vietnamese firms and their Russian partners is bound to flourish.

Vietnam Briefing is produced by Dezan Shira & Associates. The firm assists foreign investors throughout Asia from offices across the world, including in Hanoi, Ho Chi Minh City, and Da Nang. Readers may write to [email protected] for more support on doing business in Vietnam. 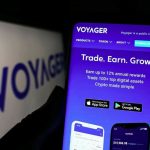 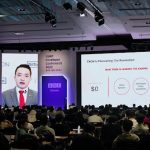 Justin Sun Speaks At UDC: TRON Ecosystem Leads The Way To Web 3.0 With Its User Base Expectedly Growing To Compete With Ethereum Next Year