Volkswagen has released the first photos of its latest electric car, the ID.7, which will debut this week at the Consumer Electronics Show (CES) in Las Vegas. VW’s first fully electric sedan was previewed last year by the ID. Aero concept.

The ID.7 will be based on the same modular electric drive matrix (MEB) platform as VW’s other electric vehicles, like the ID.4 and ID. Buzz. The version we’re seeing this week at CES is covered in camouflage to keep some of the styling details under wraps. But we can see that it does retain most of its styling traits from the ID. Aero.

VW has also taken feedback that it’s received from the other ID models by making some tweaks to the cabin. The ID.7 gets a larger 15-inch screen, there’s an augmented reality head-up display, a new digital gauge cluster, digitally controlled air vents, and illuminated touch sliders. The new climate control system can automatically turn on before the driver gets in to cool or heat the cabin and new “Smart Air Vents” move dynamically to distribute the air over large areas.

The vents can also move based on voice commands for example if the driver says “Hello Volkswagen, my hands are cold!”, the ID.7 responds activating the steering wheel heating function and t the same time, warm air is directed towards the driver’s hands.

“With the new ID.7, we are extending our electric model range into the upper segments. The sedan will offer top-class technology and quality. The ID.7 is one of 10 new electric models that we are planning to launch by 2026. Our goal? To deliver suitable products for our customers in every single segment,” said Thomas Schäfer, CEO of Volkswagen Passenger Cars.

The ID.7 is the sixth model in VW’s electric lineup and it will be sold in China, Europe and North America. 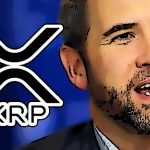 Ripple’ Brad Garlinghouse Optimistic About Future Crypto Regulation In The US